PAUL BAKER AND INTEGRATION OF ABILITIES

Paul Baker and the Integration of Abilities Hardcover –

by Robert Flynn(Editor), Eugene McKinney(Editor)
“Irritating, arrogant, nuts–and a genius.” That’s what Charles Laughton said of Paul Baker. He also said, “Paul Baker is one of the most important minds in the world theater. He seems to have invented new ways of doing things, and I think something big will come out of it.”

Robert Flynn is the author of twelve books including North to Yesterday, Wanderer Springs, and Tie-Fast Country. Flynn’s stage adaptation of Faulkner’s As I Lay Dyingpremiered at Baylor Theater and was presented by the Dallas Theater Center at the Theater of Nations competition in Paris.

Eugene McKinney was associated with Paul Baker for thirty-nine continuous years as a playwriting professor and playwright-in-residence. He has written and produced ten plays, four of which were published, and eight television scripts that have been produced on major networks. For twenty-four years McKinney and Flynn co-taught a fiction-writing course at Trinity University

More about the author 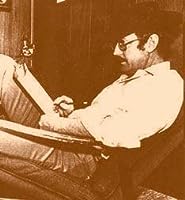 Robert Flynn, professor emeritus, Trinity University and a native of Chillicothe, Texas, is the author of fourteen books. Nine novels: North To Yesterday; In the House of the Lord; The Sounds of Rescue, The Signs of Hope; Wanderer Springs, The Last Klick, The Devils Tiger, co-authored with the late Dan Klepper, Tie-Fast Country, Echos of Glory.and his most recent Jade:Outlaw. His dramatic adaptation of Faulkner’s As I Lay Dying was the United States entry at the Theater of Nations in Paris in l964 and won a Special Jury Award. He is also the author of a two-part documentary, “A Cowboy Legacy” shown on ABC-TV; a nonfiction narrative, A Personal War in Vietnam, an oral history, When I was Just Your Age, and a memoir, Burying the Farm.

Also, three story collections, Seasonal Rain, Living With The Hyenas, Slouching Toward Zion, and a collection of essays, Growing Up a Sullen Baptist. He is co-editor of Paul Baker and the Integration of Abilities.

His life and work could be described as ‘The Search for Morals, Ethics, Religion, or at least a good story in Texas and lesser known parts of the world’.

Paul Baker, the founding artistic director of the Dallas Theater Center and a legendary presence on the Texas theater scene, has died of complications of pneumonia.   He was 98. The former director of the drama departments at Baylor and Trinity universities died Sunday in a hospital near his Central Texas ranch near Waelder, about 70 miles southeast of Austin.   In the 1950s, Baker invented revolutionary arts training known as “integration of abilities,” which won the attention of theater artists around the world. “Irritating, arrogant, nuts — and a genius,” is how the late stage and film star Charles Laughton described director and teacher Baker.   The same man affected almost every theater hall built in Texas during the late 20th century by insisting that spectators share the theatrical space with the performers.   “In the long history of theater architecture, no single person has contributed more to its development than Paul Baker,” wrote Dallas architect Arthur Rogers. A minister’s son, Baker was born in Hereford in 1911.   His imaginative responses to the West Texas landscape deeply affected his later teaching on creativity. Baker attended Trinity University when it was still in Waxahachie and then earned his master’s degree in drama at Yale University. In 1934, Baker accepted a teaching position at Baylor, where he met and married Kitty Cardwell, a math teacher and artist who later translated his theories to children’s art and theater.   They had three children.   Two years later, Baker made a crucial voyage to England, Germany, Russia and Japan to observe theater.   Insights from this trip helped form a new Baylor theater, Studio One, which placed the audience in swivel chairs embraced by six stages.   Over the next decades, Baker would contribute to 10 other Texas theater designs that positioned the dramatic action around the halls, rather than on a 19th century-style picture frame stage. I  n 1959, Baker co-founded the Dallas Theater Center, which served as the Baylor drama department’s graduate school.   With Baker’s input, Frank Lloyd Wright designed the center, the great architect’s last building.   Baker was artistic director for 23 years, promoting many performers and playwrights along the way.   By the early 1980s, Baker was tangling with the Dallas theater group’s board of directors.   He wanted to retain the educational approach; they preferred an Equity union theater with well-known stars.   In 1982, he resigned, and that spelled the end of the Baker era in Texas.   His innovative Baylor theater was torn down, his Trinity theater severely altered. In Austin during the late 1980s, Baker directed Preston Jones’ “The Oldest Living Graduate” at the Paramount Theatre and his own adaptation “Hamlet ESP” at Hyde Park Theatre.   Austin philanthropists Ernest and Sarah Butler, for whom the University of Texas School of Music and Ballet Austin’s Eduction Center are named, were students of Baker’s.   His “integration of abilities” inspires them to this day.   Baker was awarded the Texas Medal of Arts in 2007 for his contributions to arts education.   Baker is survived by his wife, Kitty, and three children, Robyn, founder of Dallas Children’s Theater; Retta, a former executive with the American-Statesman; and Sallie, who teaches theater and writing in Denver.   A Dallas memorial will be held in early December at the Children’s Theater’s Rosewood Center for Family Arts.   Donations to the Children’s Theater or another charity are requested in lieu of flowers.Share E-mail Visit Guest Book

Published in Austin American-Statesman from October 26 to November 13, 2009